BIG NEWS! BONNETS TO RELEASE THE DISTRICT 7” ON JUMP UP RECORDS, 5/27 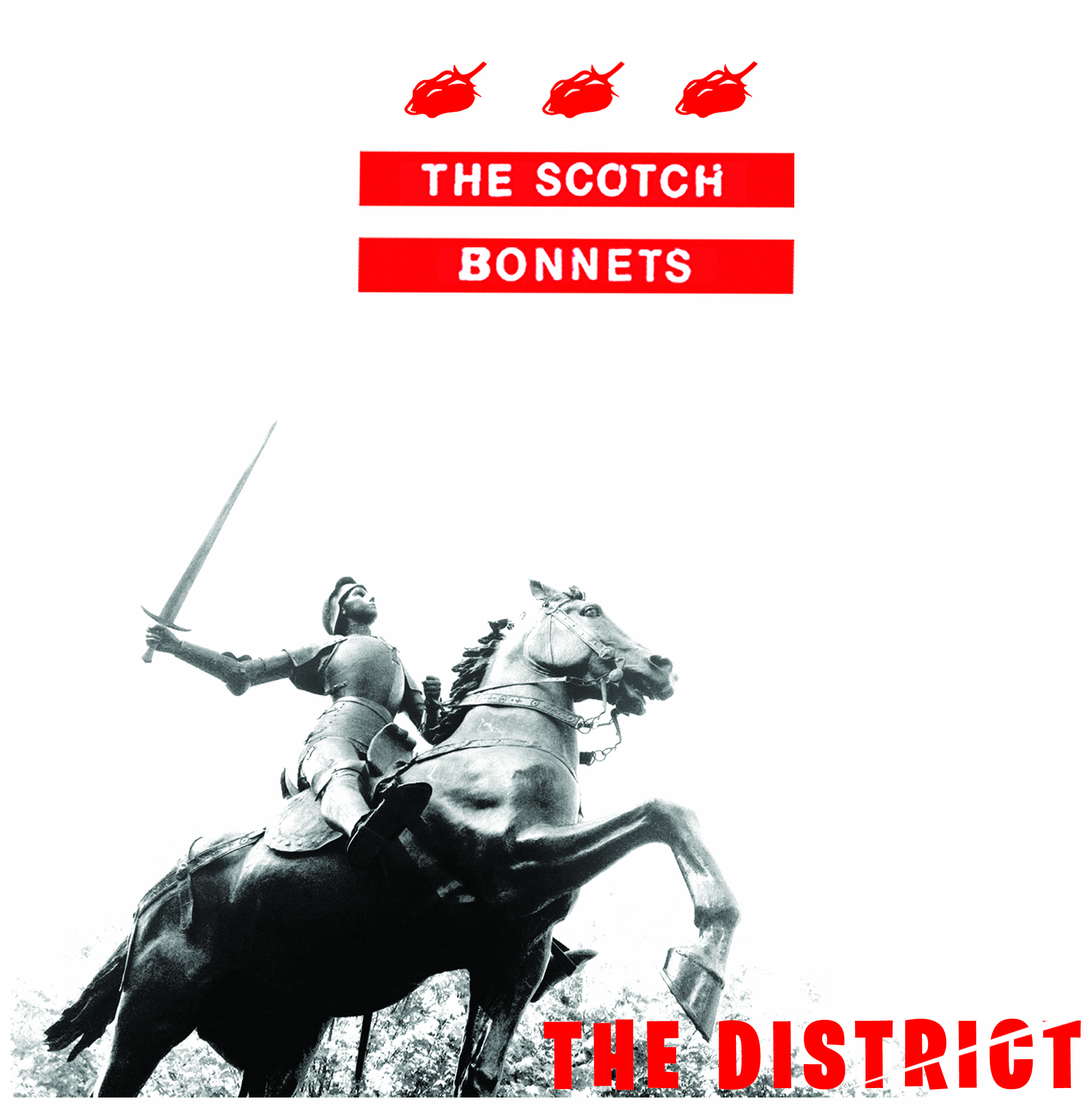 The Scotch Bonnets will be delivering a love letter of sorts to their sister city Washington, DC with The District, a new seven-inch record on Jump Up Records to be released May 27. The disc features a new, funky reggae version of their original song “Go, Adrian!” backed with their hard-hitting rocksteady take on “Cut From The Cloth”, a song originally penned by The Evens. Both tracks were mixed by The Slacker’s guitarist Agent Jay.

In true DIY artistic spirit, the Bonnets are screen-printing all the cover artwork themselves. It will be a limited pressing of 500 records, all done with colored vinyl (250 in red, 250 in white). This is the latest release for the band since 2014’s Quest on Morphius Records, an EP done in collaboration with HR of Bad Brains. The Bonnets self-released their debut album Live Ya Life in 2013.

The District will be released during the Supernova International Ska Festival, America’s biggest ska party with artists from around the world, which is being held in Fredericksburg, Virginia over Memorial Day Weekend, May 27 and 28. The Scotch Bonnets will also be playing this year’s FEST in Gainesville and are booking a southeast tour from October 23 through November 3.