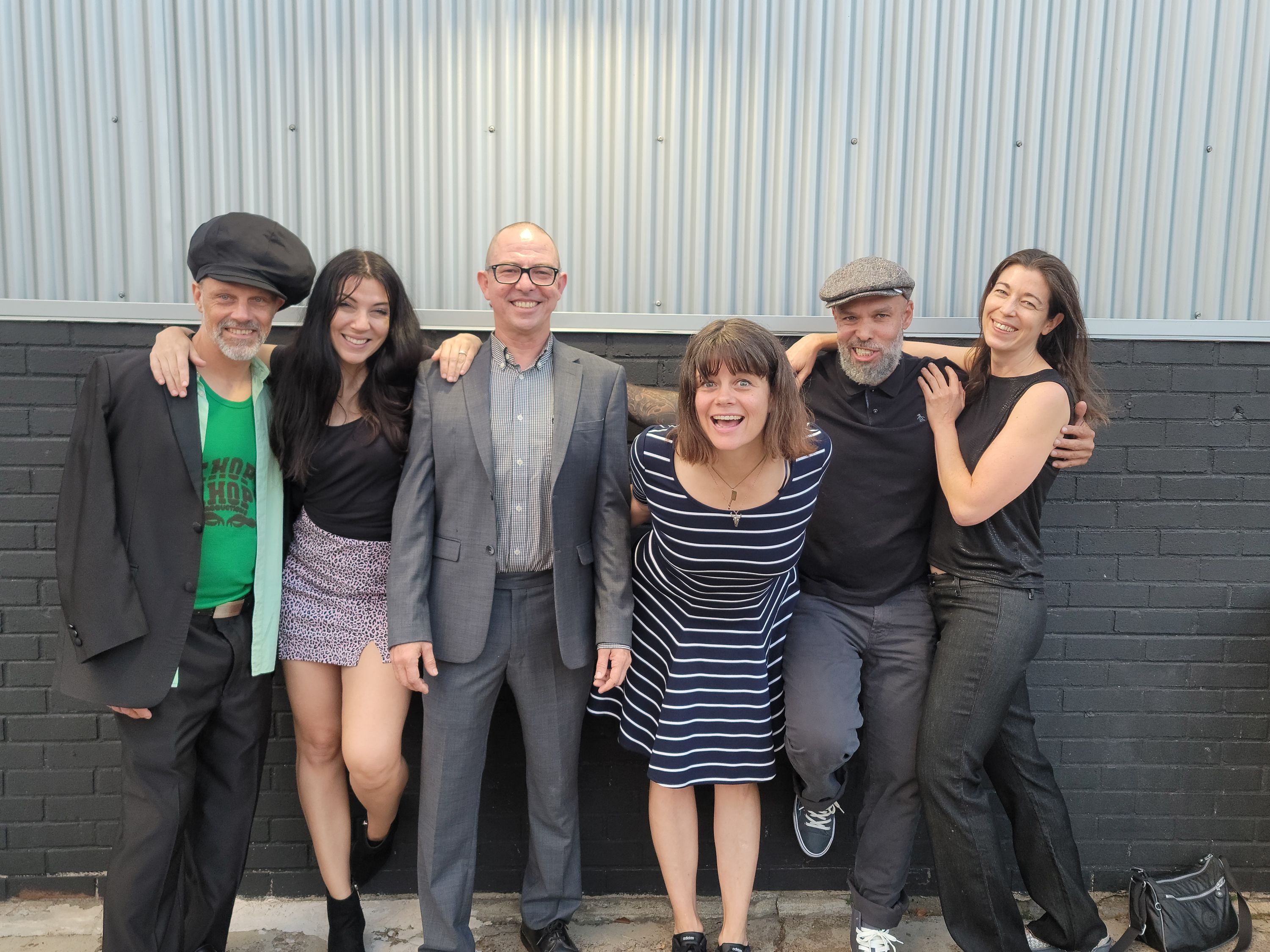 The Scotch Bonnets are punky reggae rockers from Baltimore, Maryland. Their sound is an infectious blend of Jamaican-inspired grooves with American rock and R&B stylings.

The Scotch Bonnets' leader and visionary is Lady Hatchet a.k.a. Kristin Forbes. A formidable triple threat as lead singer, guitarist, and songwriter, she leads a seasoned sextet of three men and three women drawn from the Mid-Atlantic music scene.

Since the band’s founding in 2009, the Scotch Bonnets have cut their teeth in collaborations with HR of Bad Brains and Roddy Radiation of The Specials. Early triumphs led to local headlining shows and opening slots for touring acts including The English Beat, Fishbone, The Slackers, The Toasters, The Suicide Machines, The Pietasters, and The Aggrolites.

Corresponding with their rise as a live act, the Scotch Bonnets have released two full-length LPs, numerous singles, and were featured on several compilations. Their second album, Come On Over (Jump Up Records), was selected by Do The Dog Skazine as one of the top albums of 2019. Their cover of “Give Paris One More Chance” was featured on a Jonathan Richman tribute record that charted at #23 on Billboard’s Compilation Albums chart. The Bonnets are currently writing and recording a third album of original music which will have a 2023 release.

In the pandemic year of 2020, the Scotch Bonnets expanded into livestream concerts and made virtual appearances with the Big 10 festival in the UK, the 2020 Supernova International Ska Festival, and on the Slackers’ Holiday Concert.

Having previously performed many outdoor shows along the waterfront and in parks in Baltimore, The Scotch Bonnets channeled that experience into a successful headlining tour of outdoor venues in the Midwest and Mid-Atlantic in 2021.

In 2022, the Scotch Bonnets are booking another summer outdoor tour and are confirming tour dates in the Northeast, Midwest, Mid-Atlantic, and beyond.

Lady Hatchet and Jade Tremba are sponsored by Reverend Guitars.